The use of gold and gold leaf in Lisa’s screen printing comes from her desire to illuminate her patterns in a way that allows them to endure. Allusions to everything from Art Deco and folk art to typographic elements repurposed and reimagined and the natural world inform her. Through Lisa’s appreciation of contemporary African design, textiles and the decorative arts she seeks to create a visual vocabulary. 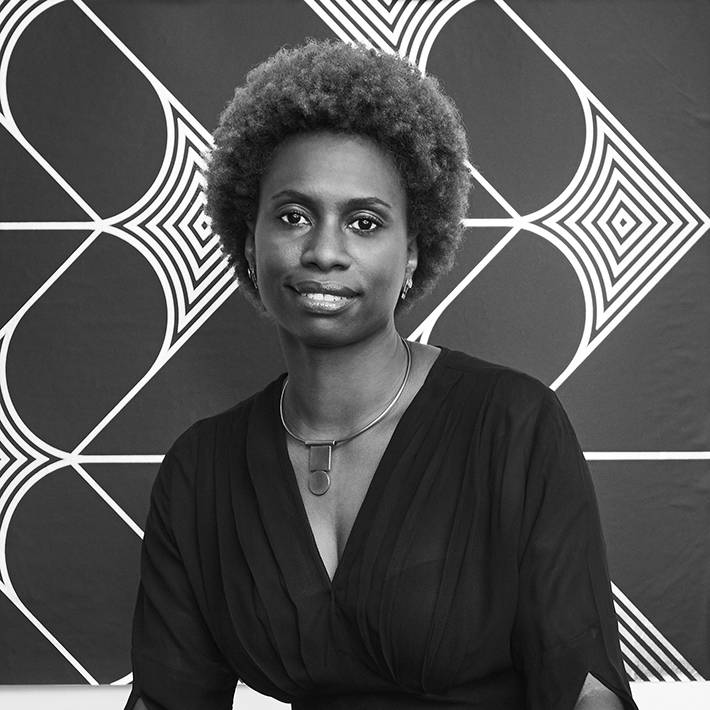 Lisa Hunt is a Brooklyn-based artist and designer. Her screen printed works on paper and canvas explore the spatial and meditative relationships found within repeat patterns. Comprised of graphic shapes, symbols, and re-imagined typographic elements, they are expressed with a minimalist approach. Hunt’s work alludes to a wide range of African and Eastern textiles and she employs an aesthetic use of gold leaf as a nod to its adorning use throughout art history as well as a comment on materialism and worth.

Lisa was featured on the cover and in the New York Times bestseller, In The Company of Women (2016). In 2017 she was a featured artist exhibiting at The Other Art Fair’s inaugural US fair in Brooklyn, New York. Her work has been exhibited at various contemporary venues including the Architectural Digest Design show in New York and Latella Gallery in Washington, DC. Lisa’s exploration with the screen printing process has led to printing her larger scale editions with the master printers at The Lower East Side Printshop in New York. She studied graphic design at Pratt Institute and currently maintains her studio practice in DUMBO, New York.